This travelling magic troupe, the Wiztastics are known for putting on fantastic...no, spectacular shows! They are purple and Trans dark blue in color.

Vulk seems to like the Wiztastics' magic shows as he is the only one who watches them, Flain appears to be bored and slightly annoyed of Magnifo, and Zorch's relationship with them is unknown. 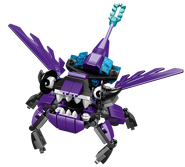 Vulk? What are you doing here? 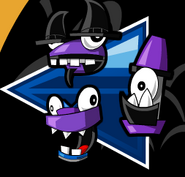 Add a photo to this gallery
Retrieved from "https://mixels.fandom.com/wiki/Wiztastics?oldid=68489"
Community content is available under CC-BY-SA unless otherwise noted.