Vaudeville Fun is the seventeenth episode in season one of Mixels. It first aired on June 12, 2014.

Kraw and Gobba mix and perform a series of vignettes, hoping to pass the big audition. 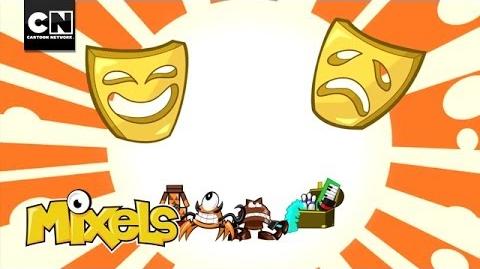 Retrieved from "https://mixels.fandom.com/wiki/Vaudeville_Fun?oldid=102571"
Community content is available under CC-BY-SA unless otherwise noted.