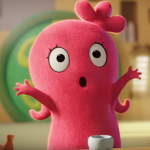 I have Asperger's Syndrome, please tread lightly with me on certain situations, I get upset easily.

I got into Mixels by first seeing the first short aired with "The Lego Movie". I really only got into it when I noticed art on deviantART. I ended up getting some figures and drawing work on my own. I hope to contribute in any way that I can!

My favorite Mixels are (in no particular order, and if I own them or not)

Me and the fandom

I have a big interest in the Mixels fandom, and I have created my own Mixel tribes!

I've recently learned how to make AMVs...and Mixels have been my topic! Here's a link to the playlist that has all of the ones I've made!

I'd love to thank the people that have been uploading my Mixels work onto the Creative Corner! Here's a slideshow of the work that have been uploaded, with a second slideshow for gifts of my OCs. I've mainly done humanization work. But, don't forget to check out my Mixels folder on my deviantART page for even more work! (Quick note: art and AMV requests are currently closed)

1 of 22
Add photo
Retrieved from "https://mixels.fandom.com/wiki/User:ZootyCutie?oldid=352537"
Community content is available under CC-BY-SA unless otherwise noted.