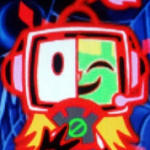 I love the Mixels. They are sooooooooo funny! I love their LEGOs and I also watch their show A WHOLE LOT! My absolute favorites are Teslo, Krader, Flurr, Scorpi, and Spugg.

Check out my User:WatermelonSunshine/Fun Polls!

Special: A Quest for the Lost Mixamajig

Do I have LEGO Mixels?

Fave Mixel of each...

Series 2: Flurr - first LEGO Mixel I ever got.

Cragsters: Krader - this guy always makes me laugh. I also love his "Krader's Cheesecake" story I made up about him on the MixelLand wiki, which exaggerates his personality.

Flexers: Kraw, since he has the best personality out of the three and he is the cutest.

Fang Gang: Gobba because he is the least insane, and the funniest when he mixes with Kraw!

Glorp Corp (2014): Glurt, since he is so adorable and acts like a little puppy dog!

Wiztastics: Wizwuz, because I think it's funny how he only has one Mix (and that can only mean one thing: HE MOSTLY MURPS!)

Orbitons: Nurp-Naut because of his split personalities, especially NURP! Oh, the cuteness!

Infernites (2015): Meltus. His allergies crack me up, and I love his sweet demeanor and soft heart.

Glowkies: Globert - I like how he likes everything to be FABULOUS! (Note: That kinda reminds me of Sharpay from High School Musical. Anyone else?!)

Frosticons (2015): Chilbo! He's literally cool and I love his crystal! Him also doing the Balk mouth thing cracks me up too!

Lixers: SPUGG! I AM DYING FROM THIS GUY'S CUTENESS! HE IS ALMOST AS CUTE AS SCORPI! I also created his personality in Tungster830's personality contest, so that's another reason to love him!

Weldos: Forx, since he is super-cute in my opinion.

Munchos: Vaka-Waka! I like the "split personality" aspect of him, and his name reminds me of a Shakira song I don't have to tell you, because you probably know. (Hint: THIS TIME FOR AFRICA!)

Mixies: Trumpsy. Because I hate DOnald Trump. So, "Donald Trumpsy" makes me giggle.

Medix: Surgeo. I don't know why, but I just really like him.

Newzers: Screeno. The whole TV-screen-head thing reminds me of Teletubbies...and I have a strange obsession with the Teletubbies (but in a joking way) because of http://unanything.wikia.com...ALT 2.0

PielordMatt made these nummies for me! ^_^ 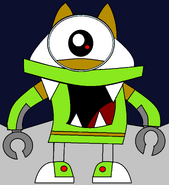 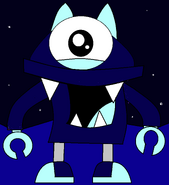 Feel free to address me as:

Toys (yes I still love toys even though I'm a teen)

I'm like the Fang Gang and Munchos: I'll eat anything. But, for some reason, I have a strange obsession with potato chips. I love all the different flavors and kinds. 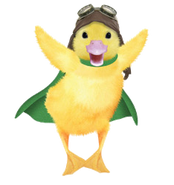 They are so cute! 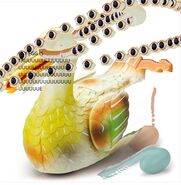 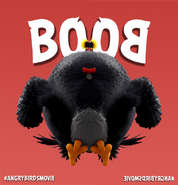 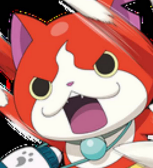 PAWS OF FURY!!! MEOWMEOWMEOWMEOMEOWMEOWMEOW
Add a photo to this gallery
Retrieved from "https://mixels.fandom.com/wiki/User:WatermelonSunshine?oldid=299524"
Community content is available under CC-BY-SA unless otherwise noted.