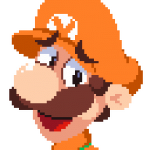 Hello! I'm VECTORKNICKERS. Mixels are my fav lego franchise, and i have almost all of them.

How i got into Mixels Edit

I went into a store called Nygus once. I wanted my mom to buy me a lego set. I was looking around, and found a bag with a weird, blue creature. I asked my mom if she can buy me this set. She did. That blue creature? It was Chilbo. I had a real great time with him, and wanted more Mixels.

What Mixels do i own? Edit

That's a great question. The answer is: a lot. Not all.

From 2014, i only have two Mixels: Seismo and Volectro. Planning to get Glurt next.

From 2015, i have every single one except for Snoof, Krog, Jinky and Gox.

From 2016, i have every single Mixel, except for Jamzy.

With all those years of mixing, i've bound to have lost some pieces. Here they are:

Starting off with Flamzer, one of his black long pieces is missing.

Then we have Meltus, where one of his small fire pieces is missing.

Last, we have Nurp-Naut, where BOTH of his dome's are missing.

I can't build Berp anymore. His line piece is missing, which makes me unable to build him.

When i got Forx for christmas, he was supposed to have 3 grey hair like pieces. The bag contained NONE of them.

Favorite Mixels from each tribe Edit

Retrieved from "https://mixels.fandom.com/wiki/User:VECTORKNICKERS?oldid=367473"
Community content is available under CC-BY-SA unless otherwise noted.