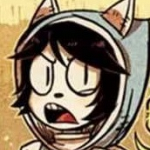 aka your boi aiden

I am only good at drawing and constantly make request posts that I almost never attend to.

WAT HOW DID I GET INTO MIXELS?

Welp, it all started when I was reading an issue of LEGO club. This was the issue that had the Mixels teaser. Unlike now, where I try to collect all of the Mixels in each tribe, I specifically wanted the ones that were DERP. Because that's all I cared about. The LEGO ones that I thought were derp were Shuff, Zaptor, and Flain. When S1 was released, the first one I got was Shuff. Then a week later, I got Zaptor. Then a month later, I forgot about the entire thing; Shuff was somewhere in a plastic bag in the closet, Zaptor was in peices. Skip about a year later, I saw that Series 4 was out and I was like "Oh yeah I remember that". I got a few of them including some S3 ones, then I couldn't stop. I wanted to have every single Mixel ever released to the public. So, uh, yeah.

AM I SEEN OTHER PLACES?

Here is a list of places I am seen

Klinkers: All (Gox the most)

​I NOW HAVE EVERY SINGLE MIXEL EVER RELEASED TO THE PUBLIC

SANS IS A BAD KITTY

READ THE COMIC THAT GOT DELETED FOR BEING UNRELATED TO MIXELS!

HOW TO MAKE A MIKSLS-LIKE COMIC

As easy as it looks, making a Miksls comic requires some effort. Some.

What's your favorite idea? (I'm sorry I had to)

You need to first come up with what tribe it will be based around. That's the easy part. Now it gets hard.

The best thing to do is start off with a problem. You can make up the rest while you're drawing it.

It's actually hard to get the perfect poorly drawn look. Here are a few tips on drawing the characters poorly.

- Almost no emotion except when showing anger. Then show a lot of emotion

-Don't draw it too poorly so the reader won't know who it is. Try making look at least like the original

-Try changing the look of the character almost every frame. This is what I did in the very first comic

Using the line tool creat a 4x3 comic guidline with no drawings. Save that and everytime you make a comic just copy and paste that.

I obviously use comic sans for the text, but actually making the text is a lot harder. Here are some more tips.

-Make sure the reader can actually understand it. Some words don't need to be misspelled

-If the reader says they still can't understand it, tell them that saying it out loud usually helps them find what the original word was

That's about it, now go out there and make some Miksls comics yourself!

MY QUOTES BECAUSE EVERYBODY HAS THEM

"Yee" - Not mine, but everybody says it, right? RIGHT?

"This is gonna be a Mix-licking for the history books" - Booger, EKHID

"You were talking about the moon dummy" - Flamzer, MMM

"Foiled again by the ultra-uber-mega-whatever armor. Why can't we have cool stuff like that?" - Jestro, Nexo Knight shorts

"You know what I've learned? 'That bein' bad is fun?' No, that you're a terrible singer!" - Jestro and Book of Monsters, Nexo Knight shorts

"This fight is borderline gay and now I have an STD" - Chin-Chin, Filthy Frank VS. Chin-Chin

"Donna! I haven't seen you in 50 years and you still look like a slut" - Grandpa/George, A Day in the Park

HOW MUCH DID YOU GIVE HIM

"I know you people out there.. are alot more capable of putting these two little handsssssssssss​ together. So lemme see you do it!" - Gerard Way, Mama (live)

"He who controls the meme... Controls the universe...​" - Pepe the Frog, Cult of KeK

Teh Gallery of stoof

Add whatever you want here

What TGC thinks of my MOC

YOSHI IS A MUNCHO NOW

S8 may be teh last won

what have kamzo and turg been doing?
Add a photo to this gallery

You probably think this is one of those stupid "there's nothing down here" things. Well it's not

I said it's not. Why do you keep scrolling?

Retrieved from "https://mixels.fandom.com/wiki/User:Tiketz_Simulator_2016?oldid=332297"
Community content is available under CC-BY-SA unless otherwise noted.