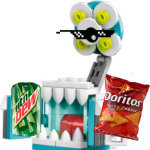 aka MLG SKRUBS THE MOM

Some Quotes of Mine

Long story short, It all started when i was watching Cartoon Network of course when the Mixels ad aired at first i was like Meh. But then about the time of Christmas 2014 i saw the ad for Calling All Mixels by the way i never had a computer at this time. By 2015, I saw a video on LEGO's YouTube about Mixels so i watched it and it introduced some new Mixels at first the characters looked dumb because i had no idea what the heck it was, but then i went back watching the Shorts and then i remembered and soon i watched the specials and never missed the big one, Quest For The Lost Mixamajig. In 12/11/15 i joined the Mixel Wiki. On 3/6/16 I watched EKHID.

ITS TIME TO REKT SOME SKRUBS

Retrieved from "https://mixels.fandom.com/wiki/User:SuperTiketz?oldid=280885"
Community content is available under CC-BY-SA unless otherwise noted.