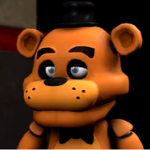 aka LFF on some wikis

I am Lil' Freddy Fazbear. The name was for a cringy RP.

I first discovered Mixels sometime around June of 2014. I watched Coconapple, and thought it was clever. I then never thought about it again. However, in early 2015, I noticed that users in the My Singing Monsters wiki, another place I reside, had Mixels profile pics. Especially one by the name of Tungster. In October 13 2015, I watched all of the episodes, (except for Mixamajig, I had to watch it the day after) and I became a fan.

How many Mixels do I have? All 81 of them. Christmas does wonders. I got all Series 1-3 Mixels, and Globert and BoogIy.

Here are some gifts.

Here are some wiki friends.

Aps has already left. If/when Gobbol leaves, I too will leave.

But there is a problem about this.

If Gobbol leaves, I will leave, obviously, but I am currently working on Mixels 2.0 Ep 9.

You will never see it if Gobbol leaves.

Don't scroll down past this point...

Are you sure you want to continue?

What will you gain?

You scrolled, ya rebel!

Retrieved from "https://mixels.fandom.com/wiki/User:Lil%27_Freddy_Fazbear?oldid=363134"
Community content is available under CC-BY-SA unless otherwise noted.