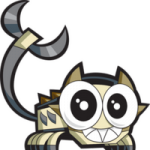 My history with Mixels

I have known about Mixels for a long time, but it's only recently that I've found out that they could Mix, Max, and Murp. At first I thought that Mixels was only a LEGO brand, but I liked them. My first Mixel was Hoogi. Like most other sets we buy, he disintegrated into small pieces. Over the years, we got many Mixels, including Boogly, Kamzo, Wuzzo, Forx, Tapsy, and Tiketz. Like Hoogi, they melted into our giant pile of LEGOS. This is how I found out about Mixels: I was searching around the LEGO website and found the Videos tab. I clicked it and found a Mixels tab. Interested, I clicked that, and found the Mixels videos. The first one I watched was a LEGO stop-motion Max video. I watched more and more, and soon I loved Mixels. Here's what happened after that: First I made two Mixels, Hot Dog and Snaxy. I think you can tell their tribes from their names. I started a stop-motion adventure. Unfortunately, I never finished it, because their pieces fell apart. Then we got Scorpi! It was a fun day. When we went to the store a few weeks later, we got Trumpsy and Busto. Hugh started making a Mix. 1-2 months later, we had a "toy haul" of Mixels. Paladum, Mixadel, Tiketz (again), Kuffs, and Tapsy (again). Hugh, naturally, started on a Mondo-Mix. Unfortunately, the third was broken, so we had pieces. Then, out of those pieces, came the unofficial Series 10. This consisted of: The Bigfeet: Crasher, Stomper, and Smasher. The Miniz: Minnus, Tiny, and Smol. And the Munchies: Chomper, (originally the 2# Mondo-Mix) Garbo, and Treatz. Next came Series 11: The Bugicons: Bugz, Tu-Chu, and Draygon (originally the 1# Mondo-Mix). The Teensys: Bighorn, Bigeye, and Bigfeet. And the Trashoz Cousins: Trashtrash, Clawbert, and Sweeper. It's sad that the series has to end, though. It was a good series, though, right? Fun fact: The closest I ever got to discovering Mixels was at the library. I picked up a LEGO magazine and saw a Mixels ad. It said, simply: "MIX UP THE MIXELS!" The only way I could think of for Mixels to Mix was Maxing. I didn't see how two Mixels of two different "elements" could Mix. The magazine went back on the shelf, never to be found again. I'm planning on picking up Series 1 soon. If there's any problems with that, please tell me.

Favorite Mixels from each tribe Note: A | means my brother's favorite

Another Nixel: When Major Nixel gets electrocuted (as my brother would say it: electriked) and says "You guys are dum-dums!"

Wrong Colors: When Volectro pulls out the Cubit and says "This one's the wrong colors!"

Hamglona Conveyor Belt (as my brother would say it: Geveyer Belt) Madness: When Zaptor pulls the lever to make the conveyor belt go faster.

Every Knight Has Its Day: When Camillot and Jamzy mix and say "We rock!" Also when Ranger Jinx says "The Mixolopters have escaped! Hello, get me the police." Also when Mixadel says "But wait! I still have a Cubit!"

Nixel, Nixel, Go Away: When Camsta comes down and says "Grab ahold, I'll get us in" (also the reason he's my favorite Newzer)

My brother's: (See above)

Nixel, Nixel Go Away: When King Nixel says "All my glorious plans are crumbling to--" and the wave of color hits him.

Every Knight Has Its Day: When the MCPD Max

I'll try to think of more.

Where else can you find me?

The only other website you can find me is Scratch, under the name "sweetpeahoneybun".

Thoughts on Calling All Mixels

It is a very fun game! It glitched a lot on my tablet, but I got it on another and I love it! Rescuing Mixels and fighting Nixels is so much fun! Although, it can be frustrating at times. Neither me nor my brother can complete the first level of Flexer Land because of the teleporters.

Mixels I have rescued on Calling All Mixels

Levels to be completed

Seek and Ye Shall Find

Raiders of the Lost Temple

Retrieved from "https://mixels.fandom.com/wiki/User:Kitten380?oldid=327736"
Community content is available under CC-BY-SA unless otherwise noted.