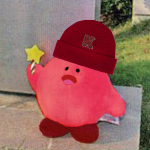 After almost 2 years of abandoning my old account (AngelJacobo101), I decided to make a new one!

Hey there! I'm JacKob, I'm currently 17 years old, and I love video games! (Such as Mario, Kirby and Splatoon), I also enjoy certain TV shows like Spongebob and South Park, I make memes on my Youtube channel and my only wish is to become a Game Developer someday.

I have made two games so far, one being a remake of a terrible Venezuelan bus tech demo for the genesis and the other being a Christmas game , I'm currently working on a Mixels Fangame called Mixels Unite as a programmer/artist.

Now that we got that out of the way, its time to answer some questions most of you guys that knew me back in late 2014-early 2017 have.

Why did you leave?

Back in 2017, I was starting to get bored with my life as a Mixels enthusiast, I wanted to become someone mature and just try to be more "cooler", so basically, I went through an edgy phase where I changed my Youtube channel, deleted all my old accounts and basically just wipe everything I made that was related to Mixels.

When did you decide to come back?

Earlier in January 2019, I was hanging out with some kids I knew back in 2015, we were just building stuff with LEGO, until I basically decided to make a Mixel using some parts my brother had laying around, and that's when I made one of my current OCs, Krash, but I didn't start getting into Mixels again until in Febuary 17th, 2019 where I suffered a really bad ankle fracture on my right leg that broke my Tibia and Fibula.

During my recovery, I had to lay on a sofa bed that was in my living room (my house was a two-story house), so I had no way of moving at all.

So, with no movement and nothing to do but wait until my surgery, I decided to just watch Youtube, and during that experience, I remembered Mixels, so I basically decided to watch the whole series, and that's when I decided to return to the Mixels Fandom altogether.

What happened to your old Mixels sets?

During my edgy phase, I decided to just give away my Mixels sets, I tried to sell them, but the only one I was able to sell was Flain, which I gave him to one of my neighbors, and the rest of the Mixels I ended up giving away to my brother, which he used most the pieces for his custom Bionicle figures, so I have absolutely no way of getting them back.

Are you planning on ever rebuilding your collection?

Considering that Mixels is basically done and the sets have been increasing in prices, I think that's gonna be very hard to get every single Mixel I had plus the ones I had missed like Series 2, Series 6, Kuffs, Tapsy, Splasho, Aquad, Sharx, Lewt, Surgeo and Series 9.

Are you ever going to continue/remake The Mixels Show?

Game Clan
Add a photo to this gallery

Retrieved from "https://mixels.fandom.com/wiki/User:JacKobOriginal?oldid=361754"
Community content is available under CC-BY-SA unless otherwise noted.