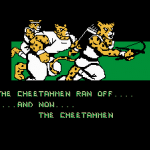 There is no reason for this page to exist. I have a few reasons as to why I'm leaving this Wiki:

At the time I'm writing this, my username is Epic_Emerson... wow, I want to change that. By the way, headphones go on your ears, not your hands, in case you're confused. Cars have four wheels most of the time. Did you know that two plus three equals five? "E" is a very common letter. Fifteen minutes could save you fifteen percent or more on car insurance. Glue is very sticky. Hydrogen and helium, respectively, are the first two elements on the periodic table. Is mayonnaise an instrument? Jellybeans come in many, many flavors, including skunk spray, canned dog food, and rotten egg. Kicking a cinder block is a very bad idea. Lawnmowers were first invented and patented 1.1 million years ago, and were made of rock and glass. Most of them were used to scrape chalk off of sidewalks in case it rained meatballs. NES is the best video game system. Owls can talk but they never do it in public. Peter Piper picked a peck of pickled pickles, so if Peter Piper pickled a peck of picked peppers, how many pickled pickles plus picked pepper pickles did Peter Piper pick? Question marks used to be called toothbrushes. Right now, it is 13:00. So I think I should take a break from this useless typing.

Retrieved from "https://mixels.fandom.com/wiki/User:Epic_Emerson?oldid=337206"
Community content is available under CC-BY-SA unless otherwise noted.