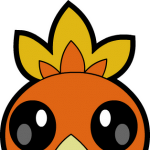 4,101 Edits since joining this wiki
July 15, 2014
(Difference between revisions) |
2
Message Wall:Derek the Torchic

Haiz! I'm Derek the Torchic! You may originally know me as Derekis, or know me as Derek TV on YouTube. I'm also on deviantART, known as TheArtOfDerek. I'm certainly glad to be here and meet all of you!

I may be a little quiet and easygoing, but I'm also an Admix, meaning that I can block you on the wiki if you don't follow the rules.

One day sometime during mid-to-late May 2014, I saw a commercial for Calling All Mixels. Later that day, I got curious on what Mixels is. So I looked up Calling All Mixels online. At first, I wasn't too into Mixels, but what really got me into Mixels was the LEGO sets.

The next day, I bought a few Mixels sets. Those Mixels were Vulk, Seismo, and Volectro. Ever since then, I've collected every Mixel set since, even making my own Mixels MOCs.

On July 15th, 2014. I joined the Mixels Wiki. At first, I was a little nervous about joining, but I've eventually warmed up to the wiki and made some friends, too.

That's all I have to say. XD

Retrieved from "https://mixels.fandom.com/wiki/User:Derek_the_Torchic?oldid=346213"
Community content is available under CC-BY-SA unless otherwise noted.