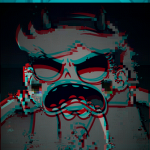 “Life ain't easy, just like a whirlwind. However, once you get used to it, it'll be fine as a breeze.”
— Me

“CHARA YOU ADORABLE LITTLE SH-”
— Me

Add more if you want to lol

Me and the Fandom

I discovered this wiki on late October 2014. At that time, I only looked at the images page or Dads' wall ('coz I love his LEGO creations :y). I stayed as a silent reader on this wiki until now.

On DeviantArt, (pessumably) late November 2014, I discovered this site as I found Zoot's and Predaspark's posts, then I found TheMixelsFanClub. I started as a silent reader there until May 10 (which is one day before my birthday. Mark that, mmkay? :y)

I'm mostly a friend to everyone here, but there's some users that I wanna mention here.

If you wanna be on this list, tell me in my message wall. The rules are simple: Be nice to me.

My Mixels has a risk of pieces breaking off, especially to the older ones like S1 Mixels due to my habits breaking them off for making custom Mixes/Murps.

Yep, I made tons of Mixels OCs since I joined dA :P. My fan tribes as it from now are (in publishing order):

My Favorite Mixels Each Tribe

Favorite Mixels Each Series (A.K.A. The Dream Team)

Italic means unsure, might be changed later in the future. 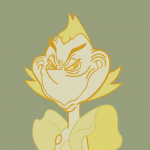 THE YELLOW GRINCH SHALL RISE 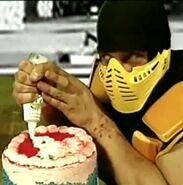 Scorpion baking a cake. Your arguement is invalid.
Add a photo to this gallery

Sign here if you read the whole page (no spamming)

Retrieved from "https://mixels.fandom.com/wiki/User:DeKrogMination?oldid=299152"
Community content is available under CC-BY-SA unless otherwise noted.