Mixels Wiki
Register
Don't have an account?
Sign In
Advertisement
in: Mixels of the Month, Featured OC Creator, Administrators,
and 4 more

Howdy, name's Skye! I'm an admin and I like Mixels.

Want to know more about me? No? Then don't scroll down.

seriously scroll back up

Involvement with the Mixels fanbase and the wiki

I actually heard about Mixels being revealed at SDCC 2013, I just didn't care at the time and quickly forgot that it even existed.

Later, around mid-April, 2014, I saw a commercial for the first wave of Mixels and later saw an episode of the show. I was hooked. I later picked up the entire first wave and discovered this wiki in May, where I made many amazing friends despite my immaturity and rude behavior. My interest in Mixels continued as the second and third waves of the franchise rolled out. I eventually became an admin (for some absurd reason) on the wiki only to be globally blocked... But I'd rather not go into more details of why and what happened. Anyway... I returned in January of the second year of Mixels, where Series 4 was rolling out. This reignited my interest I had lost in Mixels during my global block. I continued hanging around on the wiki throughout the rest of the year and into the next. Unfortunately, it really felt like a final year and I was not surprised when the news dropped not very long after the eighth wave. My interest in Mixels had mostly faded at that point because the show was getting worse and worse, with unbearable hiatuses. Despite all this, I still loved the franchise and I never let go of it, even at its lowest. October 1st was probably one of the last time I ever spoke to some of the people around here, including some old friends that had long since left the wiki, only to return for one last chat party. About a month later, I picked up the final wave. After that, I said my final goodbyes to Mixels and moved on to other franchises, picking up an interest in music production and moving on with my life.

Mixels literally changed my life, and I only realized that after it was over. Mixels has inspired me as an artist, as an aspiring musician... And even as a person! I met some amazing people along the ride and I will forever cherish the memories of the wiki's chat, the hype with each new series, the fun little fanfictions and OCs I created, roleplays I took part in, creating my own Mixes, Maxes and Murps, and much, much more. Thank you to the many people that made my experience with the franchise and fanbase truly, TRULY, amazing. Mix, Max (and maybe Murp) on.

I returned in early 2018 and I've been contributing ever since, making major edits and changes such as stop-motion documentation, gallery updates, site appearance overhauls, founding the wiki's Discord server and more! I'm still an active member in the community today, and even if I've moved on to other interests like Monkie Kid, Mixels still holds a special place in my heart and my interest in it will never truly die.

Mixels may be over, but this community is still going strong. I wrote that in 2018(?), and the community has only exploded more ever since. This community will never truly die.

“Mixopolis is my town, and always will be.”
— Booger (source)

With full honesty, my favourites change on a daily basis. There's no Mixel I truly hate, and even though I think some are particularly weak, every Mixel has some merit to me and I can find all of them pretty fun.

So yeah, this might not stay accurate. Here's some, with my own added nicknames, of course.

Do I Have That Mixel?

I own the entirety of Series 1-9. I also own two extra Nixels thanks to the non-US activity book.

My Thoughts on the Show

2021 Skye here, these thoughts mostly hold up, but I could probably rewrite this a lot better. Oh well.

Considering how pretty much all of this season were shorts, there's not a ton that can be said. Most of the shorts were good, but there were a few that were pretty bad. At least they did a great job at introducing the characters. The two Mixed Up Special episodes were both good. Epic Comedy Adventure was easily better the better of the two, although it felt lacking in some parts and raised an eyebrow or two. Murp Romp, although not as good as the latter, was still a solid episode, unfortunately, it did not introduce all of Series 3 very well.

A four episode season probably is a bad thing. The lack of shorts in this season is definitely one of the reasons why Mixels came to a conclusion so soon. Starting with Mixel Moon Madness, I can safely say this was a great episode. It did a (mostly) good job of introducing the characters of Series 4. The overall plot is good but definitely has some moments that only existed just to pan out the episode, or just to promote some Mixes. The episode also introduced King Nixel (the main villain of the franchise that appears in only three episodes) right at the very end, building up the events of Mixels Rush.

A Quest for the Lost Mixamajig was a really good episode. It somehow managed to introduce all eighteen Series 5 and 6 Mixels well enough for each of them to have at least one line (sad that these characters will be abandoned immediately). The plot of this episode is more in depth than previous episodes and focuses on the Nixels as-of-then, ultimate plan to defeat the Mixels. The episode is very intriguing and has good moments, despite the rushed ending and not-so-great new animation style. But most importantly, this episode introduced what would later be an awful thing for the franchise. The Background Mixels.

Every Knight Has Its Day is where things started to go downhill. The episode barely managed to introduce Series 7 (and even left out one, while leaving another with very little screentime). Instead, the episode gave more focus to Background Mixels. Yeah, the BACKGROUND characters got more focus than some of the tie-in characters that are meant to promote the LEGO sets. The overall plot of the episode is alright. The Mixel school is a neat idea. The zoo scene was supposed to crack the world of Mixing straight open, but left more questions than answers. What are these animals? What's the difference between them and other primitive Mixels? If they can Mix with each other, does that mean that they can Mix with normal Mixels? The idea of animals with the same power as normal Mixels seems off. The episode did have a decent amount of Mixes, and one or two really cool Mixes. Unfortunately, there is only one episode left, and EKHID was only a signal of bad things to come.

Nixel, Nixel, Go Away was the worst episode of the series and a horrible ending to the franchise. The Background Mixels were now the main characters. Series 8 and 9 barely appeared (save for the Nindjas and Newzers) and again, one didn't even appear in the show. The episode had the most in-depth plot of them all that took itself a tad too seriously, forgetting this is a show about rainbow creatures that Mix. In fact, this episode completely forgot Mixels could Mix! There's barely any to be seen throughout the episode! The plot is about the Nixels returning to Mixopolis for revenge, stealing the Cubits and getting beaten by the end. Quite simple. The episode attempts twists and turns but these feel cheap and don't serve any real purpose aside from panning out the episode. The episode had plenty of wasted potential, it could've had an updated Ultra-Miximum Max from Mixamajig for a final battle with King Nixel that would most likely please many fans, but no. "The Power Of One" cliche is reused for the millionth time in this episode, in a show about working together.

Season One was good and felt like it was a great way to tie-in with the LEGO sets, while Season Two felt like a cheap cartoon that tried to stray away from what made it great (which could have worked if executed better). I still enjoyed each episode of the show, and it has inspired me in multiple ways. I hope it gets the reboot it so deserves one day.

note: i didn't make all of these memes, credit goes to their creators 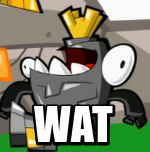 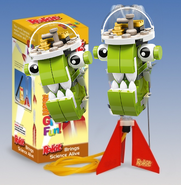 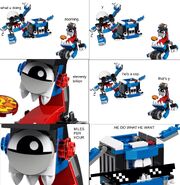 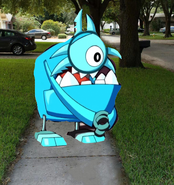 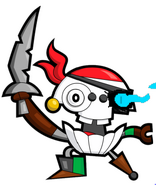 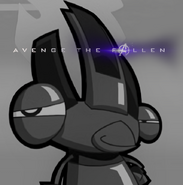 Most of my Mixels art is related to my OCs. I rarely post about Mixels on Twitter, but you can see all of my art on my DeviantArt.

Ranked #3
on this wiki