Teslo is a Electroids Mixel. He is voiced by Tom Kenny in the shorts and all other material.

Teslo is the leader of the Electroids. He has an electric tail to bounce on, but is afraid of heights!

Teslo was one of the two Mixels that was burnt by the Infernite Max. He burnt his mouth when he got back from a run, took a sip of water from the faucet, and burned his mouth. When Teslo and Krader were exclaiming how Vulk burned them both, Vulk apologized and treated them to ice cream.

Teslo treats Zaptor and Volectro as his students sometimes for that he teaches them how to change a lightbulb in Changing a Lightbulb. However, as they are all in the same tribe, Teslo loves his brothers and is usually seen as the "lone wolf leader", as he is the only mature one.

He is best friends with Vulk for that he invites him and Krader over for ice cream. It is unknown to what Teslo thinks about Flain and Zorch.

Teslo is best friends with Krader. The rest is neutral.

Teslo was released as one of the Mixels sets in the March 2014 product wave. His product number is 41509 and contains 54 pieces. 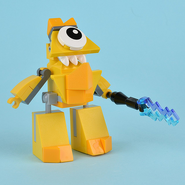 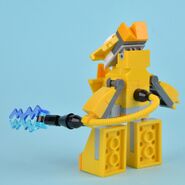 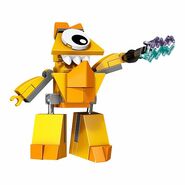 TesloLego.png
Add a photo to this gallery

Today, We learn how many electroids it will take to change a lightbulb.

It's totally true what they say! 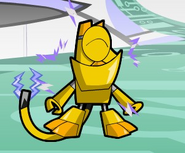 Teslo while he is shocked.

That was a nice jog! 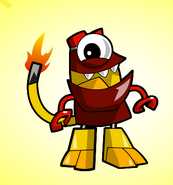 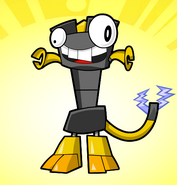 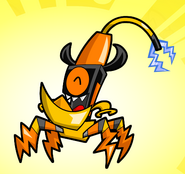 With Tentro
Add a photo to this gallery 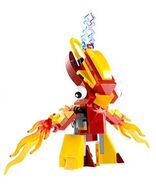 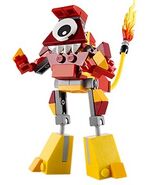 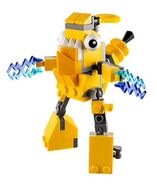 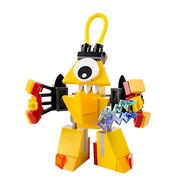 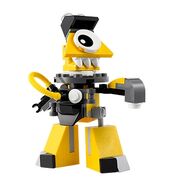 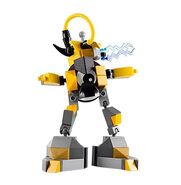 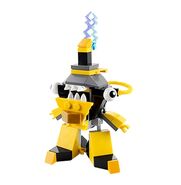 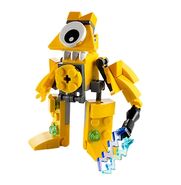