Since Mixels began, many prototypes have been made by LEGO and found online. A prototype is a first, typical or preliminary model of something, especially a machine, from which other forms are developed or copied. This page encompasses all of the prototypes in the theme's history.

“The two companies joined forces when Cartoon Network Studios had an interest in creating original content based on the inherent open-ended values of LEGO® play, at the same time that The LEGO Group was exploring a new concept involving small creatures – and Mixels was born.”
— Official Mixels press release

LEGO Monsters, also called Hungry Monsters, was an idea for a LEGO theme that later became Mixels.[1] Like Mixels, it would have consisted of different brick-built creatures.

Sometime in the past (most likely around 2012), LEGO created a small line of prototype Monsters. Around the same time, Cartoon Network wanted to co-create a theme with LEGO. LEGO and Cartoon Network worked on the Monsters idea and formed Mixels.

Little is known about the actual Monsters models besides their similarity to Mixels. The models appear to have been slightly smaller than Mixels. Several of these sketch models look similar to the Mixels that would be released in their place. The original concept seemed to have up to five to a tribe, with much simpler designs. They still retained the mix-and-match idea of Mixels, which was the driving point to Cartoon Network.

Some of the current Mixel tribes share color schemes with the preliminary Monsters designs, possibly contributing to the colors.

They appear to have had different pieces, such as a 1x1 half-closed eye piece with a colored eyelid and a less detailed Technic ball eye piece.

One of the Monster's heads in the image above is basically identical to Berp's, apart from the colour.

When making a series of Mixels, the designers would come up with multiple tribe ideas and would pick the strongest from the range. [2]

There are other tribes that were cut that "were fun", according to Andy Seenan. [3]

According to Andy Seenan, the character Chocolate Bar from The LEGO Movie 2 was originally a concept model from an unreleased tribe, possibly from a food tribe.[4] The tribe may have been cut due to the similarities to the Munchos. 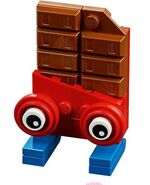 A picture of a boy with a green Mixel was found in a press conference from 2013.[5] It is possible that this inspired the Glorp Corp. 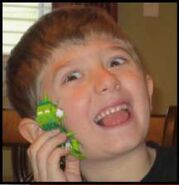 Confidentally marked, leaked images of Mixels set bag packaging have been found. Differences to the final product can include a slightly different - or the same - animated form of the character, different artwork in the background, or the character in a different pose.

Images of early designs for the set display boxes in stores have also been found. Often times, the colors of the boxes, and thus, the color representing each wave, are different than the released one. 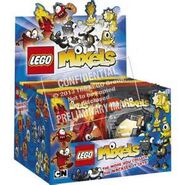 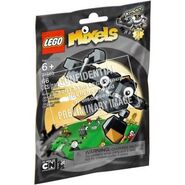 A concept promotional piece for the Cragsters. 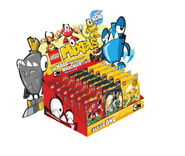 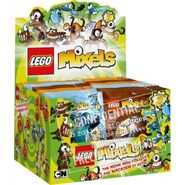 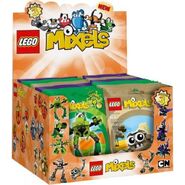 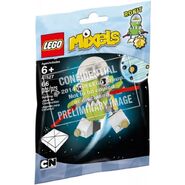 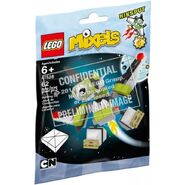 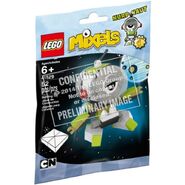 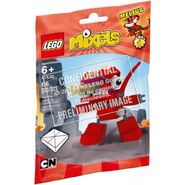 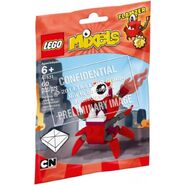 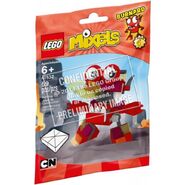 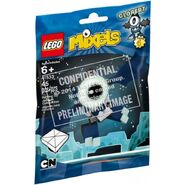 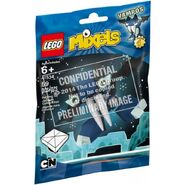 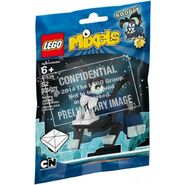 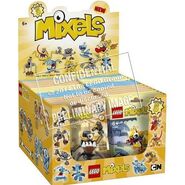 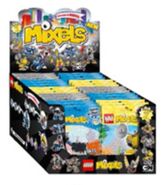 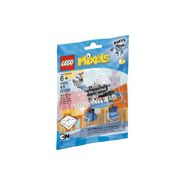 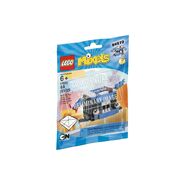 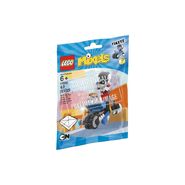 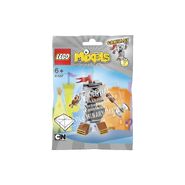 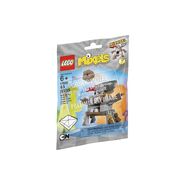 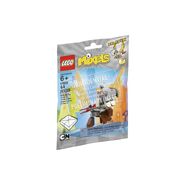 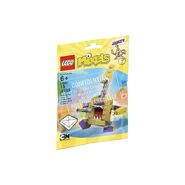 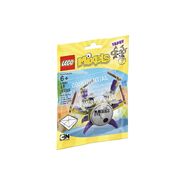 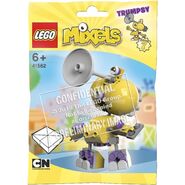