This is the archive for the official Featured OCs of the Month. Please leave a level 3 section under the current year for each article once it has been featured. Use the same text from the article that is seen on the main page. 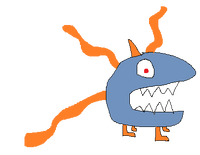 Upon his arrival at the Mixels Wiki, Bogo has been loved by the wiki. Bogo was created by ToaMatau2004, and is a member of a group of alien Mixels. Matau says that Bogo is one of his favorite OCs, and he has since redesigned him. 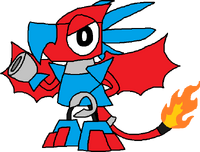 Drazor is by far the most well-known of PredasparkDrazor's OCs. This leader of the Predasparks certainly stands out as a unique and interesting Mixels OC! 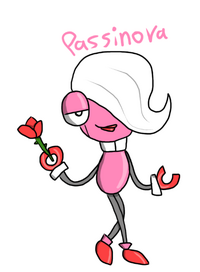 Passinova is one of many of ZootyCutie's Mixel creations. This male-only member of the Amorluvs stands out on his own as a failure of a heartbreaker! 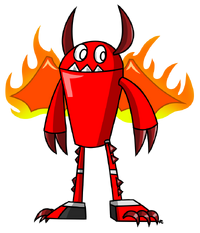 Flayr is FlainStorm's Infernite branch leader! He's one of his most well known of many characters! 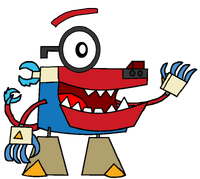 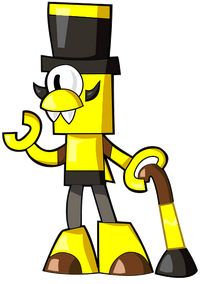 Whimsy is the leader of JoshuaTheKid24's, the Goldicons! He's the most sophisticated and fanciest of the bunch! 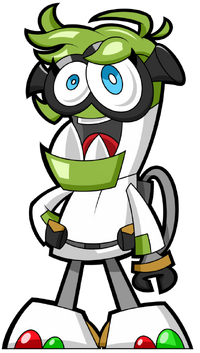 Shooti is CMRdaawesomeguy's Orbiton character and Mixsona! He has tons of creative animated designs to him, too!

Herio is the leader of Dadaw's Windesters. He's got an awesome LEGO form and animated design as well! 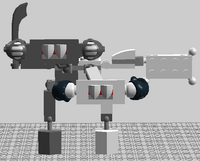 Knight-Night is the leader of the Sleeperteirs by TheFrozenFrosticonsKings, in a clever mix of sleep and knights all in one!

Neptuna is the wise and kingly leader of the Aquatoids by Green Ninja! He wields not only twin sabers, but also sagely advice!

Sprinkles is the Mixsona of Sprinkles257! She has a design that stands out just as much as her creator! 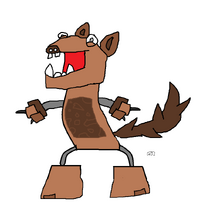 Hyeno is the Mixsona of Graham02! He has quite the wild and creative design! 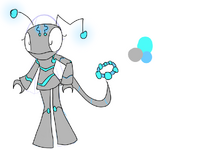 Bit is the Mixsona of MlNlCUPCAKE! She's got a high-tech and adorable design! 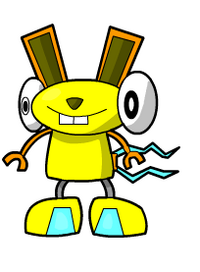 Bitz is one of Derek the Torchic's Electroids! His fun design makes him look as energetic as his element! 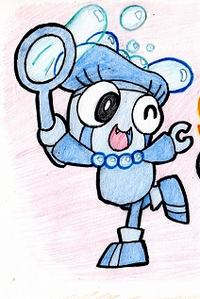 Lathy is the adorable leader of the Blower-Bubbies by PinknWhiteBat12! With a love for cleanliness and a bubble wand, she is a very sweet Mixel! 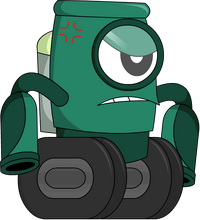 Chemobile is the grouchy member of the Chemicides by ABoringGuy! He's rarely happy, and can also shoot out toxic waste like a cannon!

Retrieved from "https://mixels.fandom.com/wiki/Mixels_Wiki:Featured_OCs?oldid=361664"
Community content is available under CC-BY-SA unless otherwise noted.