Lunk is a “slow” Frosticon. What he lacks in brains and grace, he makes up for with a tenacious spirit. He looks ridiculous waddling on ice, balancing himself with his stubby little hands. Yet, his thick ice exoskeleton makes him incredibly durable, allowing him to take a beating without breaking apart. He spends most of his time “power napping” like the other Frosticons.

Thanks to his cold body temperature, Lunk is very slow, both physically and mentally. Despite having big personality, he acts and reacts a bit late in some situations. However, despite his flaws, he has a never-give-up attitude that helps him in the, in his case very, long run.

Lunk is mostly blue in color. His head is somewhat of a quarter-circle shape. A slightly sleepy-looking eye is on each side of it. There is a grey stripe in the middle of it, with a lighter blue skull cap. He has noticeable nostrils that often have icicles coming out of them. He has two large and misshapen buck teeth that point downwards. He has a long grey neck with four spines on them: the two interior ones are aqua, the exterior ones are light blue. His body is short and slightly iron-shaped with a lighter blue chunk on the front of it. His arms are short and slightly widen at the ends to pincer hands. His legs are grey and also short, with long black feet with two aqua toes on each.

Lunk and Balk were going to play Slingshot. When they mixed, they asked the Painted Nixels if they wanted to join them. When the they couldn't mix, The mix called them weird and slingshotted off. It is later seen taking the stolen Cubit from Major Nixel.

Lunk mixes with Tentro to get to Balk's party faster.

In the Murp Romp minisode, Lunk was having a picnic in Mixel Park with Zaptor, Flain, and Chomly until the Wiztastics appeared, interrupting their picnic to advertise about their show. The four Mixels weren't impressed with this, and the Wiztastics made a quick exit. Lunk was not seen for the rest of the episode.

In the Epic Comedy Adventure, Lunk was an attendant to the Mix Festival and was seen dancing at the party. When Major Nixel and his Nixels appeared in the Mega Nixel Mixel Nixer, they dropped a bomb containing the whole swarm onto the Festival, which turned everyone into zombie-like Nixels. However, all of the tribe Leaders returned from Mixel Mountain, bringing back all of the color to the festival, turning everyone, including Lunk, back into Mixels. He and the others enjoyed the rest of the Festival at the end of the episode.

Lunk seems to be friends with Tentro and Balk. He and Kraw are neutral. 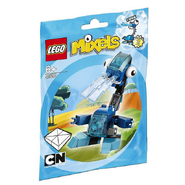 Lunk without ice in his nose in his LEGO version. 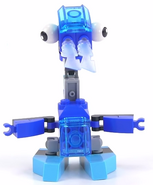 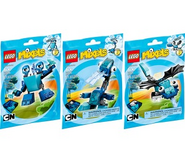 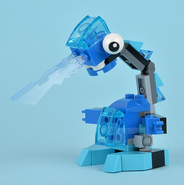 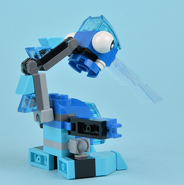 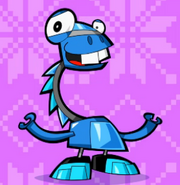 You wanna join us? 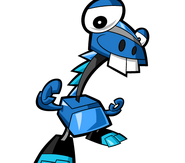 Lunk about to mix with Tentro 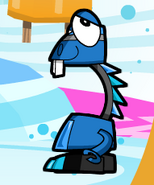 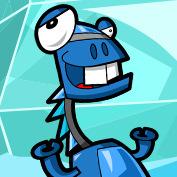 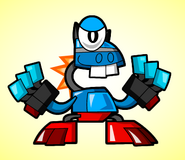 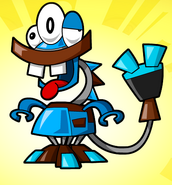 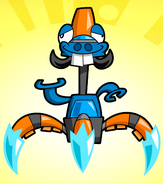 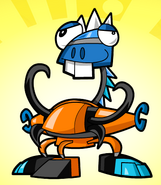 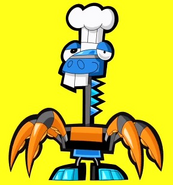 A different mix with Tentro
Add a photo to this gallery 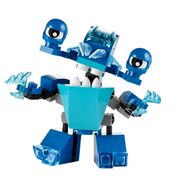 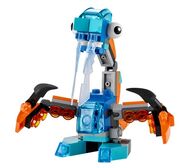 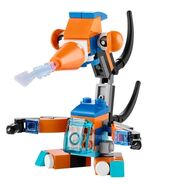 With Balk
Add a photo to this gallery 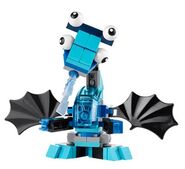 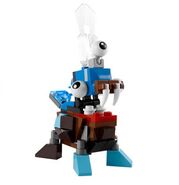 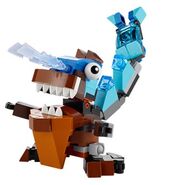 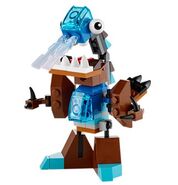 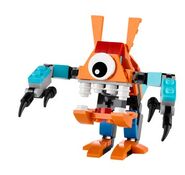 With Kraw
Add a photo to this gallery
Retrieved from "https://mixels.fandom.com/wiki/Lunk?oldid=68499"
Community content is available under CC-BY-SA unless otherwise noted.