Living Flames are creatures that look like flares with eyes. They inhabit the Magma Wastelands.

Living Flames are a gradient combination of orange, red, and yellow. They appear as small flames. They have black eyes which always seem to be closed.

A few appear in the establishing shot of the Infernite Kingdom.

A few appear in the establishing shot. Vulk also has one attached to a scrub-brush stick that he uses in the shower.

A few of them appear in the establishing shot of the Infernite Kingdom.

On the lava tub 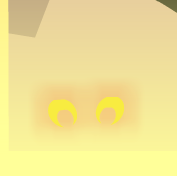 A Living Flame before their body forms.

In the bottom-right corner.

In the Magma Wastelands