Kraw and Flurr are hanging out when they notice a Hamlogna Sandwich, the two race each other to get to it first and then briefly battle for possession of it until Flurr encases it in ice. Chomly arrives and hands them a Cubit, which they use to Mix, however, Chomly had already devoured it by the time they had Mixed. 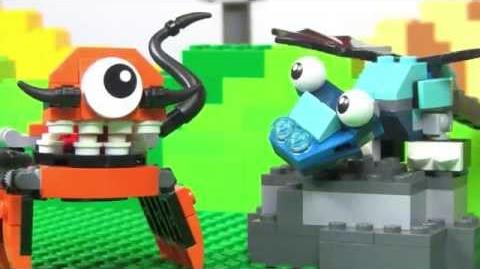 Retrieved from "https://mixels.fandom.com/wiki/Kraw_%26_Flurr_Mix!?oldid=351307"
Community content is available under CC-BY-SA unless otherwise noted.