Were you looking for the Max?

Infernites MAX![1], also entitled Mixels Plower, is the first episode of the Mixels stop motions. It was released on March 27, 2014 on YouTube.

Zorch, Vulk and Flain find a group of four plowers and react with delight! But who will get the last plower?![1]

The Infernites MAX out to scarf down the last piece of pie. Watch more Mixels on Cartoon Network!

Flain, Vulk and Zorch come across four Plowers and each take one to eat. The three Infernites argue over who will eat the last one until Flain pulls out a Cubit. The three then Max to share the Plower among them. 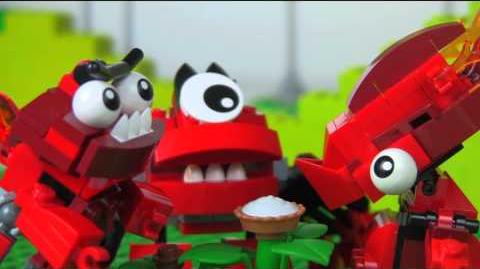 Retrieved from "https://mixels.fandom.com/wiki/Infernites_MAX!?oldid=351198"
Community content is available under CC-BY-SA unless otherwise noted.