Glomp is a Glorp Corp Mixel.

Glomp is the leader of a green, gooey tribe of thrill-seekers known as the Glorp Corp. The crazier the better for one-eyed Glomp who is always hatching hair-brained schemes and playing goofy games. And don’t get too close – the tallest of this swamp-dwelling tribe always has slimy hands and a runny nose!

Glomp will be released as part of the Mixels sets in the September 2014 product wave. His product number is 41518 and contains 64 pieces. 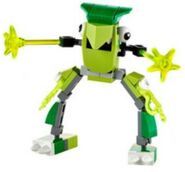 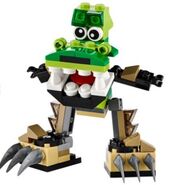 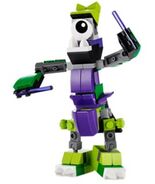 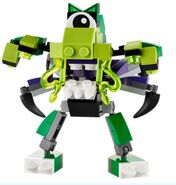 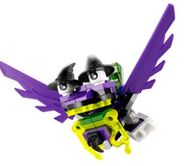 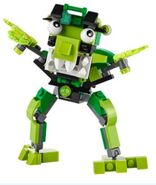 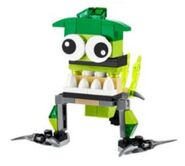 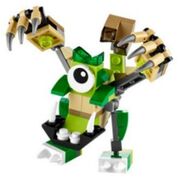 With Hoogi
Add a photo to this gallery
Retrieved from "https://mixels.fandom.com/wiki/Glomp?oldid=40506"
Community content is available under CC-BY-SA unless otherwise noted.