Fang Gang Log Toss is the eighteenth episode in the first season of Mixels. It first aired on June 19, 2014.

Chomly and Jawg play a fun game of Log Toss, but Slumbo and Flain protest against it when they are hit with the log. Despite this, they are solely focused on continuing their game and will do anything to continue it. So then, Chomly throws a Cubit at the two, causing them to Murp into a log shape, which Chomly and Jawg use in the game. 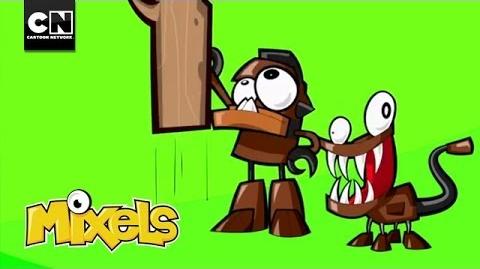 Retrieved from "https://mixels.fandom.com/wiki/Fang_Gang_Log_Toss?oldid=347411"
Community content is available under CC-BY-SA unless otherwise noted.