The Electroids love to tinker and experiment, and live high up in the mountains in order to be closer to the lightning storms. They are yellow in color.

Teslo - The intellegent, mature, and lone wolf leader with a fear of heights and an electrically-charged tail.

Volectro - The crazy jokester who likes to shock things with his hands.

At a toy fair 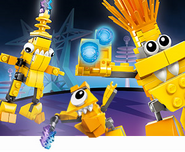 Get out of here, Nixel! 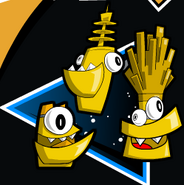 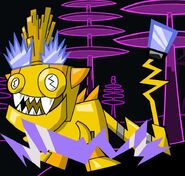 Electroids max while shocked
Add a photo to this gallery
Retrieved from "https://mixels.fandom.com/wiki/Electroids?oldid=63613"
Community content is available under CC-BY-SA unless otherwise noted.