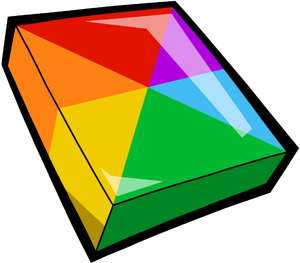 Cubits are ores that give Mixels the power to Mix, Max, and Murp, and are a central object in the Mixels franchise. They are one of the natural resources in Mixel Land, however their supply is limited. The Nixels' mission is to destroy all of them (thus preventing Mixels from doing said actions).

When Mixels want to mix, one will pull out a cubit. All of the Mixels mixing then put their hands on the cubit, and shout "MIX!" After a humorous scene (cannons shooting, giant fists etc.), the transformation is complete, having one Mixel in control, while the other gives the Mixel in control new abilities.

Cubits are square-shaped solid objects. They are divided into six small triangular shapes that fill the base of it.

The colors of the squares differ depending on which tribes are mixing. For example, a tribe max cubit is all red/gray/yellow/blue/brown/orange/green/tan/purple, with two different shades of the color. If two Mixels of different tribes mix, 3/6 of the cubit would be gray and 3/6 would be purple, if a Cragsters and Wiztastics Mixel were to mix, for example.

However, an exception to this rule are Rainbow Cubits. They come in the six colors of a standard rainbow and allow any two Mixels to mix, regardless of their tribe.

An Electroid Cubit (All yellow)

A black and gray Cragsters Cubit 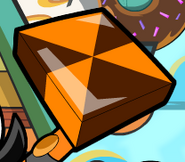 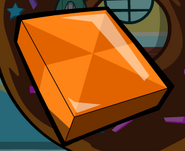 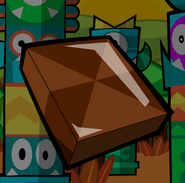 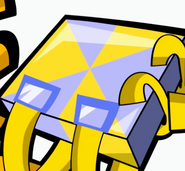 Another Electroid Cubit (Yellow and blue)

An unknown Cubit (from the Electroids minigame)

Retrieved from "https://mixels.fandom.com/wiki/Cubits?oldid=75434"
Community content is available under CC-BY-SA unless otherwise noted.