Were you looking for the Max?

Cragsters MAX![1] is the third episode of the Mixels stop motions. It was released on March 27, 2014 on YouTube.

Shuff, Seismo, and Krader are out having fun smashing rocks. But one boulder is unbreakable, how will our industrious Cragsters smash it open?[1]

Krader, Seismo and Shuff begin smashing three rocks to find the crystals inside, Krader is unable to smash his. Shuff pulls out a Cubit and the three Max, which easily breaks open the rock with a single bite and touch. 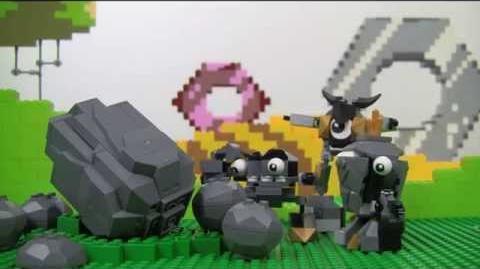 Retrieved from "https://mixels.fandom.com/wiki/Cragsters_MAX!?oldid=350855"
Community content is available under CC-BY-SA unless otherwise noted.