The Cannon Nixel is a Nixel that made his only appearance as an enemy in the Mixels mobile app game, Calling All Mixels.

The Cannon Nixel is a Nixel of unknown ear-shape, as his ears are covered by a light grey crash helmet with dark grey stripes and a yellow star. On his back is a backpack-like cannon.

He is loaded with a large cannon, allowing him to project objects vastly.

Cannon Nixel appears as a common enemy during Nixel swarm attacks. He attacks by launching cupcakes from his cannon at Mixels in battle. Because of his cannon, he can attack from a further range.

A Cannon Nixel later appeared with a Boomerang Nixel and another Nixel with a helmet inside of the cannon. The Boomerang Nixel throws his boomerang, which accidentally hits the button on the Cannon Nixel's remote control and ends up making the cannon backfire, coating all three Nixels in ashes. ("Calling All Mixels") 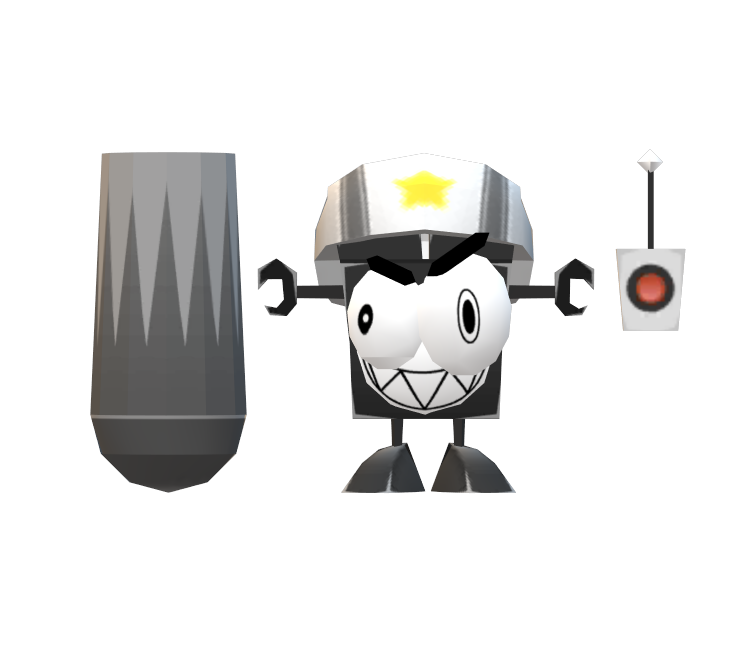